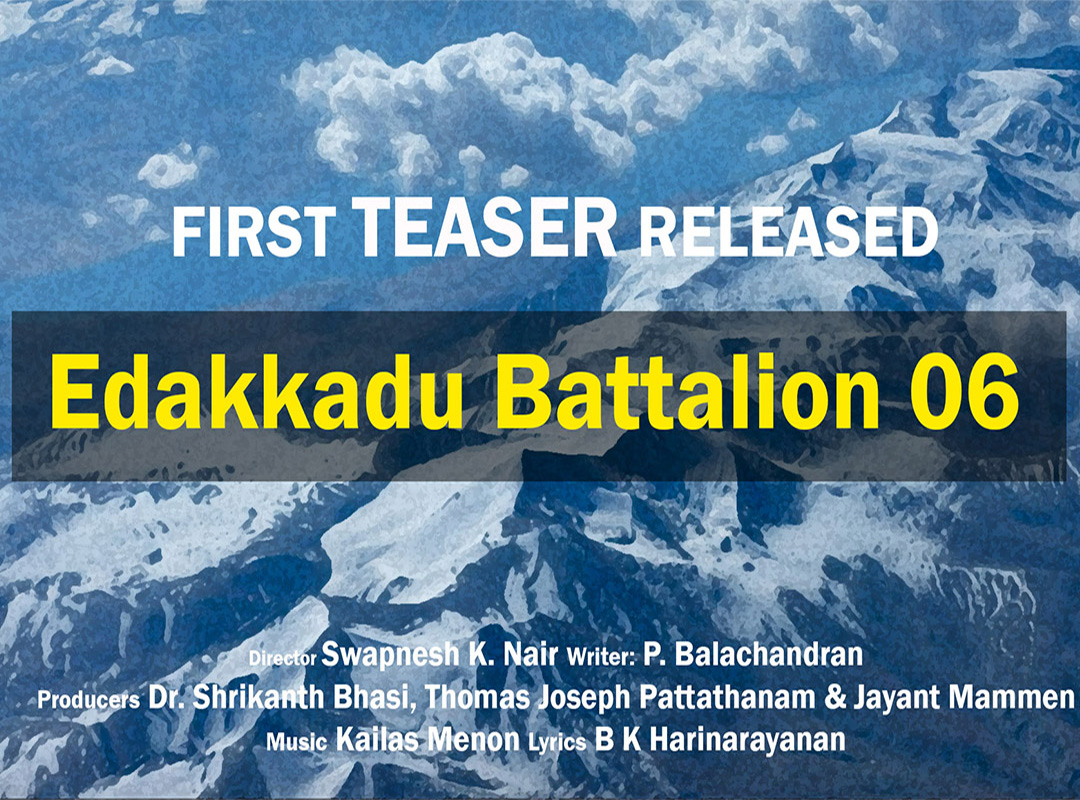 The first teaser of Malayalam movie Edakkadu Battalion 06 starring Tovino Thomas and Samyuktha Menon in the lead roles was released on October 4, 2019. The film is written by P. Balachandran and directed by Swapnesh K. Nair. In the teaser, Tovino Thomas is seen in the role of Indian Military officer.

The flick is bankrolled under the banner Carnival pictures and Ruby films and is scheduled to hit the big screen on October 18, 2019.