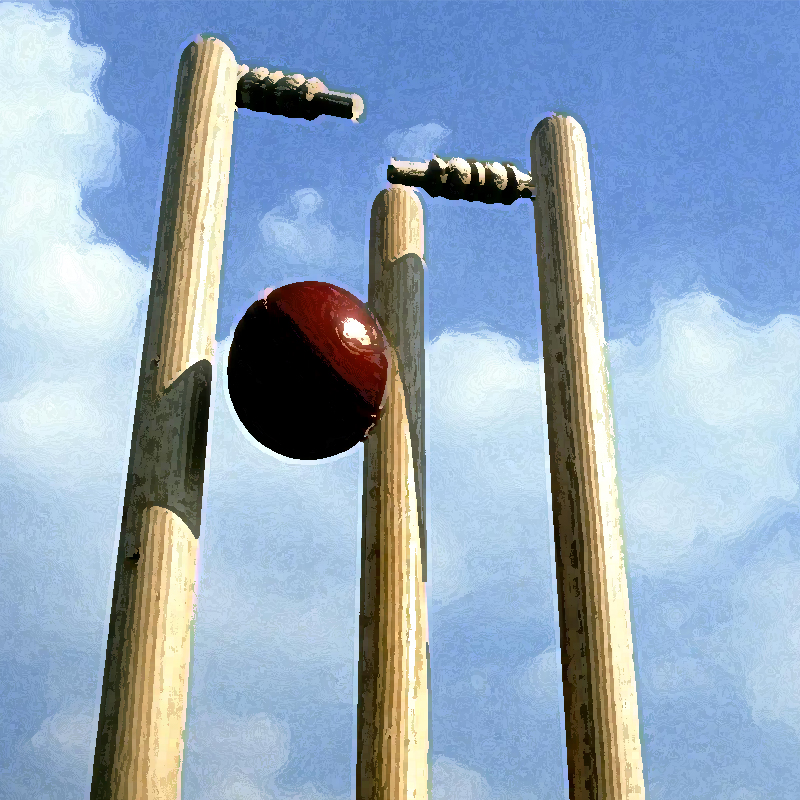 Cricket is a bat and ball game played between two teams which originated in the 16th century. This sport became popular during the expansion of the British empire. The game comprises of two wickets kept at a distance of 22 yards and the area between them is called as the pitch. The bowler bowls from one end, and the batsman bats from the other end of the pitch.

1) Each team contains 11 players. The team which wins the toss, will have the choice to choose batting or bowling.

2) The bowler must bowl six consecutive correct balls to constitute an over.

3) One batsman will be near the wicket where bowler is standing and the other where wicket keeper is standing.

4) One run is scored when the both batsmen run to the opposite wicket successfully. If the opposite team hits the stump using the ball before the batsman crosses the crease, then the batsman will be out.

5) When the ball hit by batsman is caught by the fielder directly, then the batsman is out of the game.

50 overs is given for each team.

20 over is given for each team.

There is no restriction of overs in this match, but it is played for a maximum of 5 days.

3) Legendary batsman Donald Bradman has hit only 6 sixes in his entire career.