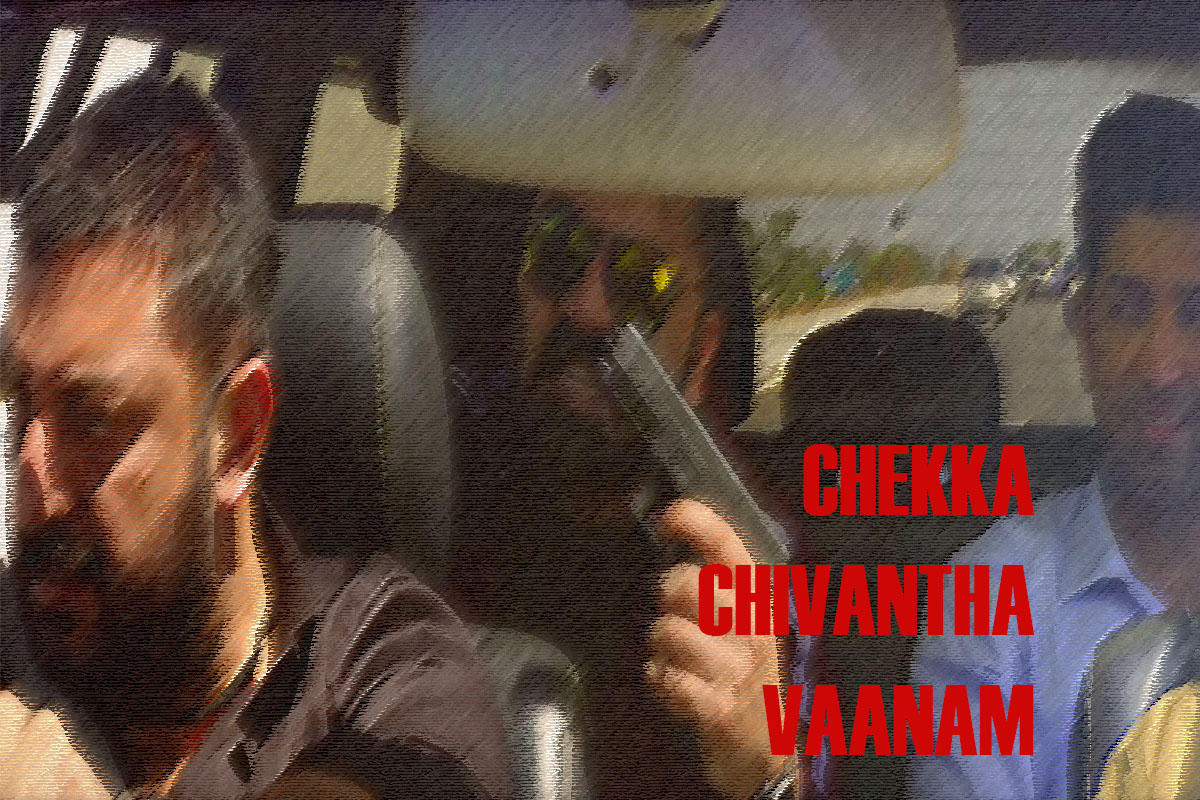 Chekka Chivantha Vaanam is a story about a gangster family. The movie, directed by Mani Ratnam and produced by Madras Talkies and Lyca Productions, was released on September 27, 2018 along with its Telugu dubbed version titled Nawab. The running time is 143 minutes.

The movie opens with an attack by criminals in disguise of police on Prakash Raj (Senapathi) and his wife. Senapathi, who is a leader of the gangster family, has three sons, and a daughter. The first son is Varadan (Aravind Swami) who takes care of Senapathi’s empire in Chennai. Jyothika plays the role of his wife. The second son is Thyagarajan (Arun Vijay) who runs a business in Dubai. The third son, Ethiraj (Simbu), looks after his father’s underworld in Serbia. The attack on Senapathi and his wife brings all three sons to meet in Chennai. Rasool Ebrahim (Vijay Sethupathi) who is a childhood friend of Varadan, gets suspended for beating a young boy cruelly during an investigation. Through him, the three brothers get information about the two criminals behind the attack on Senapathi, and set out to Pondichery in search of them. One of the criminals gets killed by the other once he is caught, and the other escapes. The story continues with gangster wars in Chennai. Thyagarajan and Ethiraj leave Chennai once everything calms down. Senapathi reveals to his wife that one of their sons had planned the attack. He dies of heart attack soon after. Thyagarajan and Ethiraj both fail to turn up for their father’s funeral – Thyagarajan due to business related work and Ethiraj due to his wife’s death. Ater Senapathi’s death, fight between brothers on Senapathi’s successor. The story discloses then who tried to kill Senapathi and his wife and who killed wife of Ethi and who made wife of Thyagarajan go to prison using a false case.

The transition between one scene to another is not so smooth is one of the negative part of the film. Mani Ratnam is successful in giving equal importance to every star in the movie in terms of role and impact in audience.

The movie opened up very well at box office and received positive response from audience.