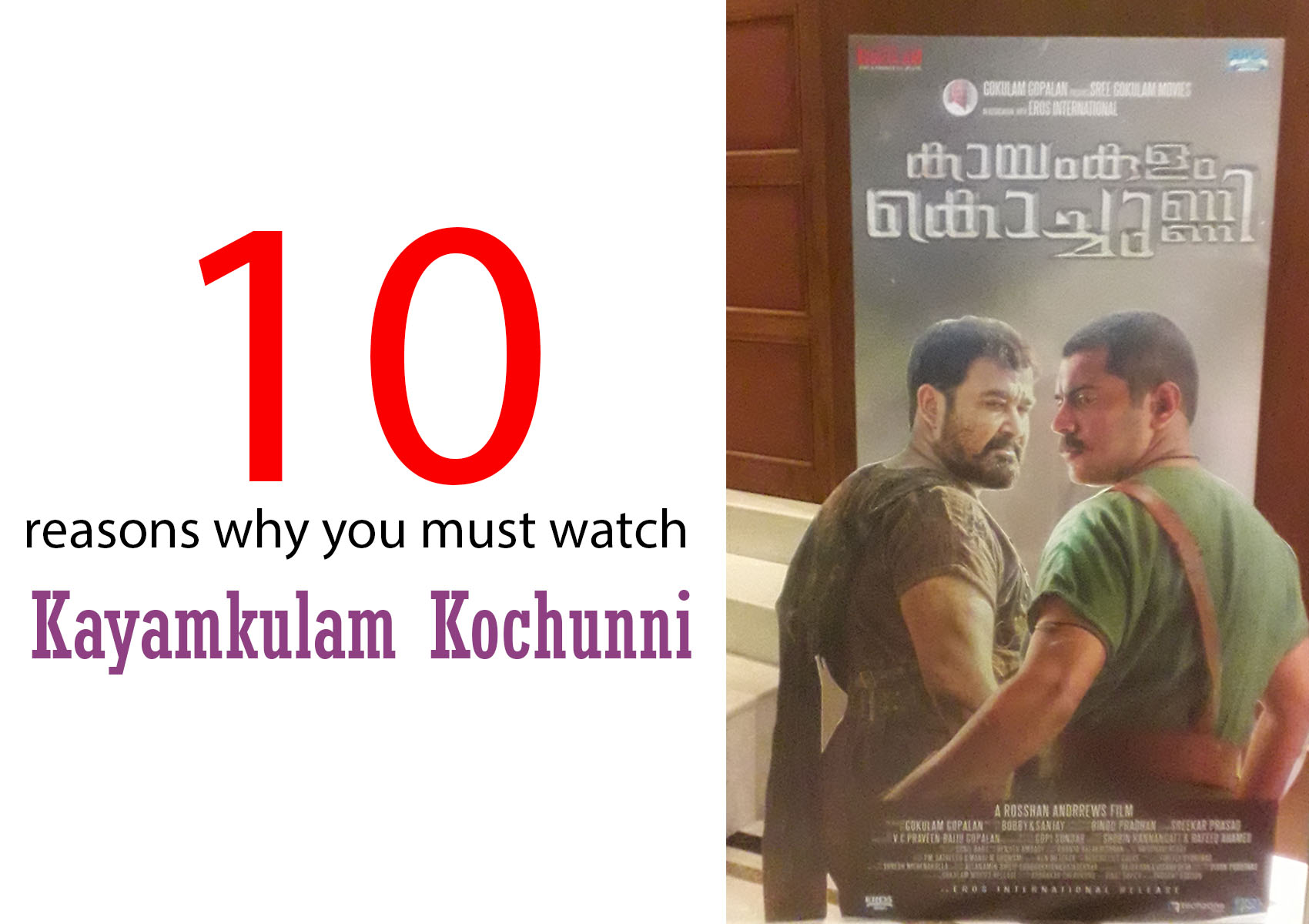 10 reasons why you must watch Kayamkulam Kochunni in theater.

1) Extended cameo role by Mohanlal:
Mohanlal plays the role of Ithikkara Pakki in this movie. The presence of Superstar Mohanlal in this movie creates more excitement and curiosity in the audience – his cameo alone is enough to make fans flock to the theaters.

2) Historical Period film:
The movie is based on the historical thief Kayamkulam Kochunni who robbed things from the rich to give to the poor during the British rule in India.

3) Expensive Malayalam film:
Kayamkulam Kochunni is considered to be one of the most expensive Malaylam movies till date. It therefore promises a good theatre experience. The movie is produced and distributed by Gokulam Gopalan.

4) Nivin pauly as Kayamkulam Kochunni:
The director Rosshan Andrrews’ first and only choice to rope in an actor for the title role was Nivin Pauly. The posters and trailer shows he is perfect for the role. The star’s fan base is sure to fill up the theaters once the film hits the screens.

6) Most number of shows:
The movie is releasing on October 11 worldwide in more than 351 theaters. This is a historical release for a Malayalam movie, in terms of the number of theaters the film is going to be screened in worldwide.

7) First day collection:
The hype created, paired with the fact that the film is being released on record number of screens, Kayamkulam Kochunni is expected to break all first day collection records and box office records held by Malayalam cinema.

8) Much awaited movie:
Since it boasts of the Nivin Pauly-Mohanlal star combo, a high budget, and being a historical period drama, the movie created a lot of expectations and fans are eagerly awaiting the release of the movie.